Sex workers form one of the most marginalised and discriminated communities in Singapore. They are criminalised by the law and stigmatised by society, becoming vulnerable to both physical and verbal abuse from people of all walks of life and face a lack of access to justice.

Being in a community that has more or less been cast aside by many, it is difficult to find anyone willing to assist them and/or to turn to for matters ranging from civil to social and health-related issues.

Project X, a community-based organisation, was founded in 2008 to bridge that gap. Consisting of staff and volunteers, these people are united in the belief that sex worker rights are the same as human rights, and thus provide assistance to the sex workers. They currently have a pool of about 30 regular volunteers.

But the real question is, why? Why do these volunteers sacrifice their time and effort to assist this community when not many others will?

To understand their point of view, I interviewed four volunteers on their personal motivations and experiences volunteering with Project X. I have always had an interest in sex work; I don’t know how to describe it because I’ve never been a sex worker. I just felt that I could sort of relate to them as someone who has been marginalised [due to] my sexuality.

To me, they are people whom society look down upon as lesser beings simply because of the things that they do with their sexuality; like sex workers are not supposed to be giving their bodies away, or someone like me in a male body is not supposed to be feminine.

The politics and prejudice against sex workers and transgender people are very connected. There are plenty of radical feminist groups that want rights for women, but they don’t consider a ‘transgender woman’ as a woman. To them, they’re just men pretending to be women, oppressors in disguise.

These same people also have this kind of belief towards sex workers like “ no woman would possibly want to have sex for money, it is fundamentally degrading and oppressive.” Hence, this kind of attitude towards transgender women and these sex workers often come together.

I first started volunteering regularly with Project X in 2015, I was scheduled to head down to join the team for their ‘kopi’ session and all these transgender women were out there! It’s the first time I was meeting them all in one setting and back then I had relatively long hair and I was wearing androgynous clothing, so I was looking at them in shock like “Oh my god!”

I feel like I don’t have the right to consider myself as a transgender woman. So that really triggered my inferiority complex and my self-esteem issues.

But when NS started calling me back for reservist, I confided in a couple of Project X volunteers about it and got really emotional about it. So I got a recommendation from them to see a doctor that is well-known in the transgender field, and then from there, I made the decision to transition into a woman.

For me, I’m really lucky to have my Project X friends who are supportive of my decision, because, for a lot of closet transgender people, one main obstacle is that they have no social support from their friends and family.

I learnt about the concept of “Fallen Women” in literature class, a term used to describe disgraced women in the Victorian Era like prostitutes or adulteresses.
I wanted to explore this concept in a personal project so I started writing a play. The more I researched about this, the more I realised I wanted to focus on sex work.
I remember a video where girls in Thailand were sitting behind a glass window with numbers attached to their clothes. I became curious as to what the situation in Singapore was like; everybody knows the few “dirty” roads, but beyond that, we know very little.
This is also a personal issue as I’m someone who’s extremely passionate about civil rights. As a woman who is open about sex and sexuality, I don’t feel that it is right that women’s bodies are being policed, be it by law enforcers or by society. It’s not okay that people are being discriminated against for exercising their bodily autonomy.
There is so little help rendered to these people. Given the stigma, all the more I felt that more help should be given. Just the fact that it is in itself an unpopular cause motivates me more to volunteer here.

It’s been great. I’ve learnt so incredibly much here, as compared to anywhere else I’ve been. People assume that my safety, given my age, would be compromised with the presence of “dirty old men” in these districts. But that was never the case. Project X taught me to protect myself.

This is all a new sight; something that you’ll never see anywhere else. In Singapore, the government sanitises most areas. But here I see a rougher side of Singapore much more uncommonly encountered. 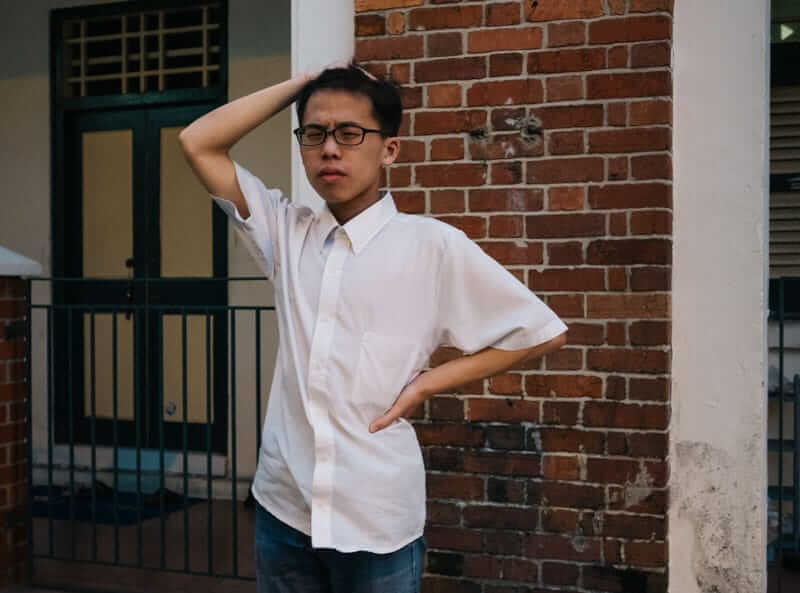 The problem doesn’t just exist in Singapore – sex workers are also one of the most marginalised communities in the world.

So like yeah, why not help them y’know? They’re not exactly doing anything wrong or causing harm, they’re just like all of us, working really hard to earn some money and support themselves.

The first sex worker I actually met up with was outside of ‘office’ hours. He replied my message one night and we agreed to meet near his house.

I was nervous at first, what if he kidnapped me or held me hostage? (See, stereotypes). But it all went fine! It was brief and cordial and I’ve since met up with him a few more times and we got to know each other a little better.

Most of the sex workers I’ve met are really nice, some have even offered to get me breakfast or call an Uber for me.

To reach out to these sex workers we use applications like Grindr and Jackd. There are less male volunteers at Project X so I usually just help as much as I can. It’s also a little odd for a female volunteer to sign up for Grindr, the meet-up would have a really awkward dynamic. The main reason why I decided to start volunteering was so that I could heal myself psychologically after going through a traumatic time in school. It led me to create walls to protect myself, in turn, it made me cold and closed up to others. Being called “a stone cold bitch” in a serious conversation wasn’t the best thing ever.

Back then, I wanted to join either LGBTQ+ and/or animal welfare organisations; areas where I had not dwelled in. I wanted to do something that was empowering for not only me but for those I was able to assist. It’s like a seesaw; each side helps the other go up, and it’s a continuous effort.

Although each organisation had its niches, as long as they were in relation to the areas I was interested in, it didn’t matter to me what I applied for. At the end of the day I believe in human rights and it is a right, not a privilege. I signed up for a few places that were looking for volunteers.

I did have some trouble with the application process though, because I felt unworthy and incapable to contribute effectively. I didn’t want to be a burden. Not being told that I was good enough and a lack of opportunities in school really caused me a lot of self-doubt. I needed quite a few pep talks from my psychologist before I had the courage to apply.

The first day, I was riddled with anxiety. I was new and inexperienced and I was scared that I might mess up.

After gaining knowledge from the organisation and the community itself, those connotations I had turned to dust. This allowed me to accept instead of just tolerate like most people do.

My first reaction when I entered a red light district for outreach was “Oh wow”. The area was definitely not like how it is portrayed in the media. The women I met there had the same outlook as so many other “normal” women in society – the conviction to work to survive.

I’ve been with Project X for close to 10 months now and everyone is like family now. My work and emotions are validated here and I’ve been given countless opportunities and experiences that school never gave me.

One of the things I’ve realised is that I’m not a saviour. I’m a friend who is supporting his friends. Their joy is my joy, their anger is my anger, and their empowerment is my empowerment.

These are just words from four Project X volunteers, ordinary folks with extraordinary hearts who unselfishly enter the dark world of Singapore’s underbelly, to fight for the people who society cast aside as “undesirables”.

*Volunteers’ responses have been edited and condensed.

4 Perfect Matching Gifts For You And Your Beloved One