It’s been a long time since I last attended a National Day Parade (NDP). Back then, as a cute (I bet I was) Primary 5 student on a rare night excursion, I vividly remember being overly excited for the airborne Red Lions, the march-in parade and of course, the fireworks.

Now, 13 years down the road, I am back among a crowd of enthusiastic spectators doing the ‘Kallang Wave’ in a sea of red and white. With this year’s show held at The [email protected] Bay, you can expect traditional crowd favourites making their long-awaited comeback. 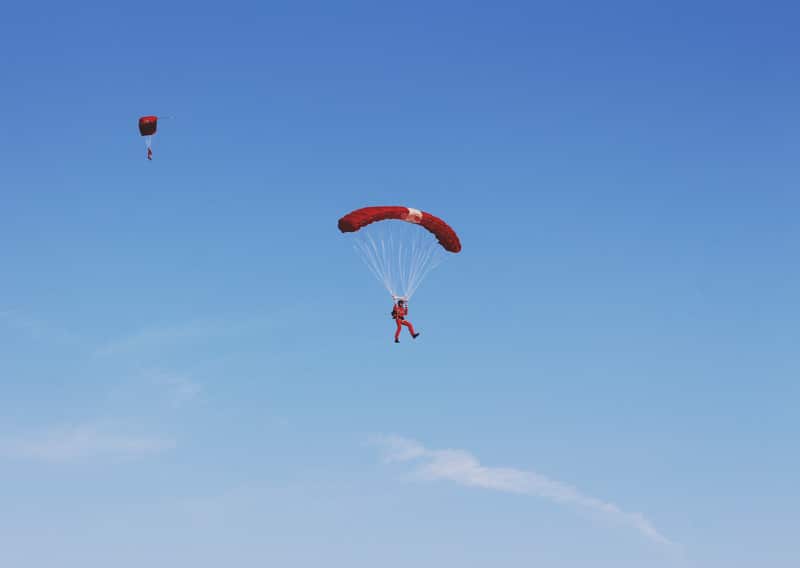 For the past two NDPs, the famed Red Lions have been missing in action much to the disappointment of many, including myself. Although I didn’t catch the shows live, this aerial display has always been something I looked forward to and planned my toilet breaks (yes, I really did) for.

The image of our Red Lions soaring against the backdrop of Singapore’s cityscape during the golden hour seemed like something straight out of a James Bond movie and it never fails to impress. Finally seeing them in action again (and live!) brought out my overly-excited Primary 5 self once more as I couldn’t help continuously exclaiming “wa, damn cool” throughout the aerial display. Whether you are watching it on TV or live at Marina Bay, this is something you do not want to miss. 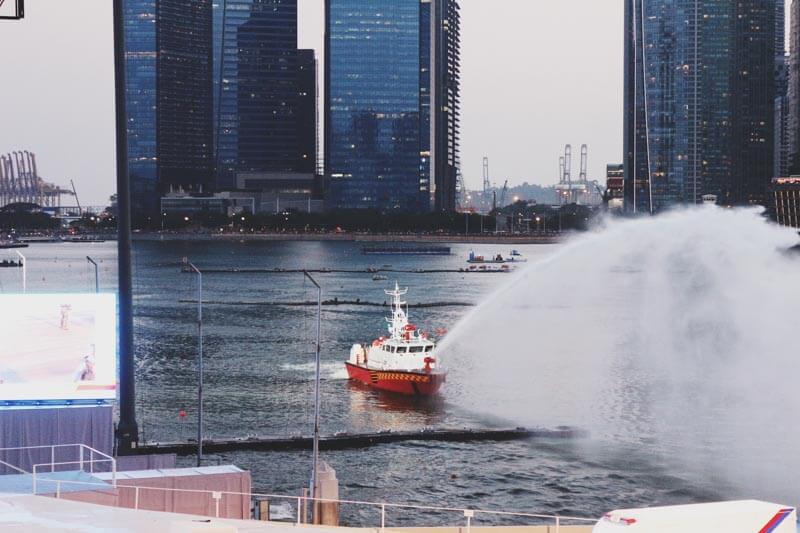 Making its return after a two-year absence, fans of the Dynamic Defence Display (D3) have something to look forward to this NDP! This year, the D3 will be held in two parts — before and after the Parade & Ceremony segment, promising twice the excitement.

Yasss, talk about coming back with a bang (literally). 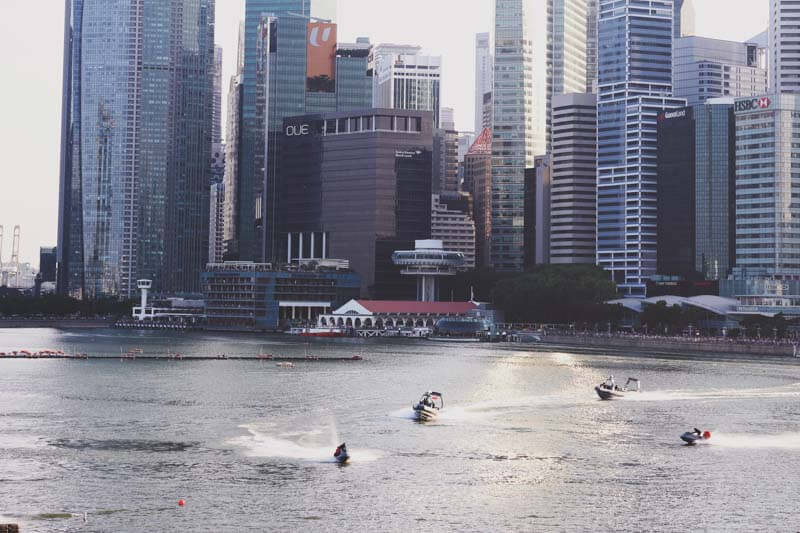 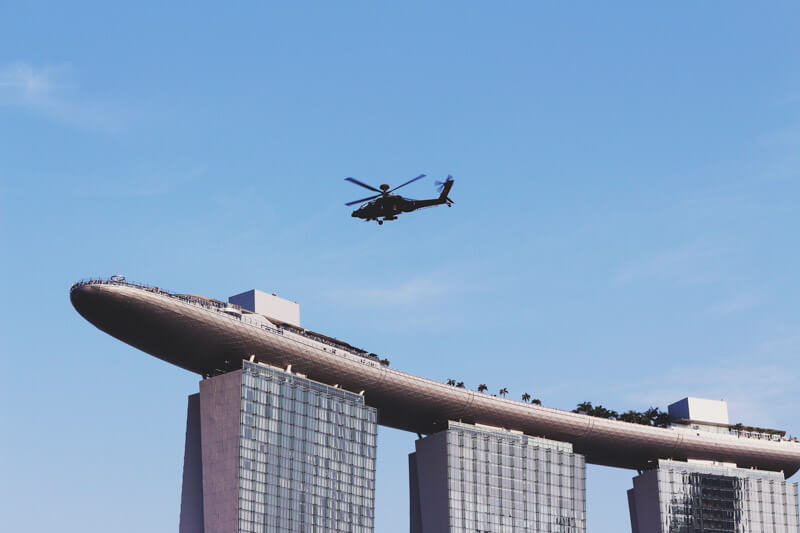 Part 1 of the D3 will showcase assets from the Army, Air Force and Navy as they roar in a synergistic display of military might against the back drop of the Marina Bay skyline. For those who have served, brace yourself for a wave of nostalgia as you relive the army days spent with your squad.

Through a live simulation of multiple terrorist attacks happening within the venue itself, part 2 showcases Singapore’s readiness in tackling increasing security threats such as cyber attacks and terrorism.

You can expect to see how the Singapore Armed Forces, Singapore Police Force and Singapore Civil Defence Force work together in overcoming adversities, but be prepared for ear-piercing gunshots masked in a thick cloud of smoke that will definitely keep you on the edge of your seat (or sofa). As night falls, performances coupled with dazzling visual displays take centre stage over six acts. Among them, make sure you keep an eye out for 81 year-old Grandma Mary who will be rocking the stage with an electric guitar solo! Sadly, I will never be as cool. Attendees of last year’s NDP must remember the lacklustre indoor fireworks display or the heaps of spectators moving outdoors before the show ended to catch the fireworks outside. This year, I must say the display is nothing short of spectacular.

Best of all? You get a great view from the comfort of your seat. 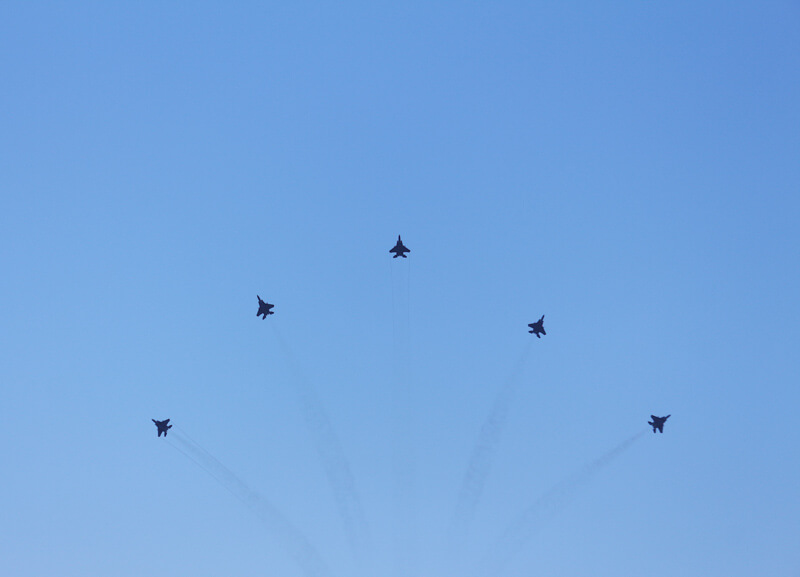 Attending the National Day Parade again after 13 years definitely brought back some fond memories for me. Many things have changed since then but ultimately, that sense of camaraderie and warmth as everyone stood together singing our favourite national day songs is something you never really forget.

Whether you are catching the show live or enjoying it from the comfort of your home, this year’s NDP will not disappoint!

Get the latest updates by following us on Twitter @hypeandstuff & Facebook Have an interesting story to share? Email us at [email protected]
Share. Facebook Twitter Pinterest LinkedIn Tumblr Email
Previous ArticlePopular Japanese Fashion Mall LUMINE To Open Its First Store At Clarke Quay Central This Nov ’17
Next Article EMONIGHTSG – THE B-SIDES: Relive Your Emo Phase & Weep To Nostalgic Tunes At CHIJMES On 10 Aug ’17