HeadRock VR: Singapore’s First VR Theme Park In RWS — Is It Worth Going? 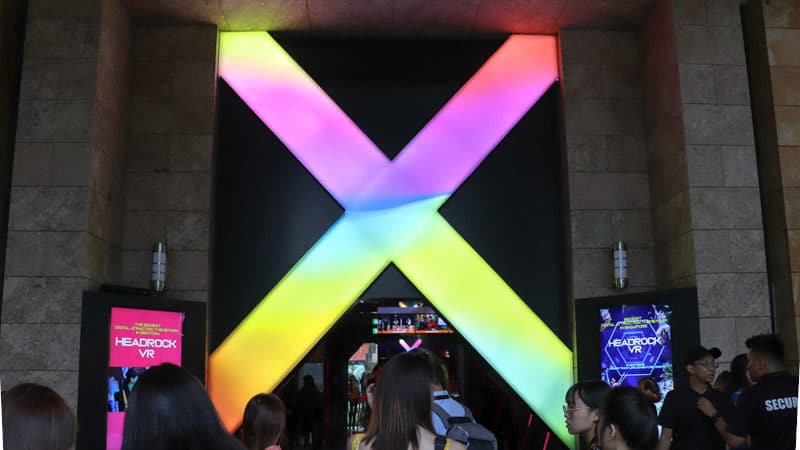 From 17 November 2018, adrenaline junkies can spice up their adventures with this latest addition to the integrated resort.

It features 11 digital attractions, such as Storm Blizzard, Extreme Train, Horror Room and more. Focused on taking fun to a whole new dimension, the Korea-based theme park is lead by K-pop sensation, Seungri from Big Bang.

I am someone who makes it mandatory to attend at least one theme park during my travels overseas. From Disneyland to Six Flags — you name it, I’m there. As such, I jumped at this opportunity to see if the hype of VR technology could actually spearhead a theme park.

Intrigued by its grand entrance, we scurried like hungry squirrels into the establishment. No bigger than the size of a regular swimming pool. we were greeted with nothing but claustrophobia.

Split into three different zones: green, blue and orange, where each colour represents a level of intensity. The green zone encompassed the VR Room, Robin Hood and Zombie Busters.

We had a go at the archery VR setup Robin Hood. There was nothing outstanding for this beginner level game, although it did spur up some competition with my friends over the point system. Still, it wasn’t enough!

Feeling underwhelmed by the mediocre sport, we jumped straight into the extreme zone.

Challenged by the screams that pierced the air from a distance, we tried out Flying Dive from the blue zone. We noticed that most rides including this could only hold one or two people at any point in time. This chocked up quite a dreadful queue that lay in plain sight.

Determined to give this ride a shot, we endured the wait. All strapped in the gear and ready to go, we took the leap of faith and were hovered into the play zone.

An underwhelming 30 seconds later, we were brought back to make way for the next players. It was like waiting all day for that ice cream cone, only to drop it after savouring a few bites.

If you are spending your weekend over at RWS and come across HeadRock VR, do not be lured in by its beseeching rainbow entrance.

You’re better off spending the same amount over at other bigger, thrilling attractions. You know what I’m talking about.

Check out their website for more information and opening promotions.

Get the latest updates by following us on Twitter @hypeandstuff & Facebook Have an interesting story to share? Email us at [email protected]
Share. Facebook Twitter Pinterest LinkedIn Tumblr Email
Previous ArticlePrudential Marina Bay Carnival: Get Ready For More Games & Thrilling Rides From 22 Dec – 24 Mar
Next Article Get ‘Lit’ With 32 Light Installations & Artwork At i Light Singapore From 28 Jan – 24 Feb