When I heard about Golden Village‘s 27-hour Avengers: Infinity War Movie Marathon, words like ‘insane’ and ‘madness’ came to mind. Precisely why HYPE & STUFF sent me to my death by making me watch the whole thing! The results were catastrophic, to say the least. As Singapore’s longest movie marathon to date, this Marvel marathon would be a challenge even for the craziest Marvel fanatic. Held at GVmax in VivoCity, the first screening started at 8.30am on 24 April 2018 and concluded at 11.30am the next day. Yes, straight through the night!

The line-up: 10 Marvel movies featuring the first Avengers and fan-favourites such as Thor: Ragnarok, and ending in Singapore’s first public screening of the highly-anticipated Avengers: Infinity War. Here’s how I survived the 1620 minutes.

You may be thinking, “How hard can it be to sit through 10 movies?” Physically, it’s actually quite draining. Having paid S$120 – S$140 per ticket, you’ll definitely want to milk every bit of the experience. Wasting any minute on sleeping is simply not an option.

But then again, when you reach the wee hours of the morning, keeping your eyelids open is almost as straining as a workout. You’ll find yourself closing your eyes for just a second, then two or five seconds, and the next thing you know, you’re watching the end-credits roll up. The 25-minute breaks between movies were the real luxuries and many of the fans would quickly switch to hibernation mode.

I started falling asleep from the sixth to the ninth movie. With each movie, my ‘power naps’ gradually grew longer and longer till it stretched to half of Black Panther. Before my eyes shut, I whispered one last “Wakanda forever” and bid the world good night.

True story: my friend actually turned to me during Black Panther to tell me about this guy snoring really loudly, only to find out that it’s me!

Odd as this may sound, the trick is actually to sleep more. Plan out your ‘power naps’ so that you sleep only during less-interesting scenes. Would you rather watch the cool airport fight scene in Captain America: Civil War or hear them discuss the Sokovian accords? It’s a marathon after all, so you’ve got to pace yourself!

Of course, constant hydration and stretching is key to overcoming lethargy. Sitting down for too long isn’t good so try to stretch out your muscles and get your blood flowing between movies.

In the words of Captain America, “Suit up!“. With the harsh air-conditioning blasting relentlessly, a jacket is an absolute must. I recommend a pullover or a warm sweater for extra snugness. Or you can even go over the top with winter coats!

Also, a movie marathon is no place for shorts. I made the costly error of wearing berms and I swear I could feel my leg hairs standing. Settle for comfy track pants or even your jammies. You may look a little lup sup (sloppy), but it isn’t the Victoria’s Secret Fashion Show, after all.

For a second, I was confused if I was at a slumber party, because some movie-goers even brought along some comfort objects like plushies for cuddling. No one’s going to judge you in the darkness, so you might as well make yourself feel at home!

For most people, the basic is a neck pillow. While GVmax chairs are as comfortable as cinema seats get, sitting upright for 27 hours is still tough. The experience was quite similar to a long plane ride, so anticipate neck pains. 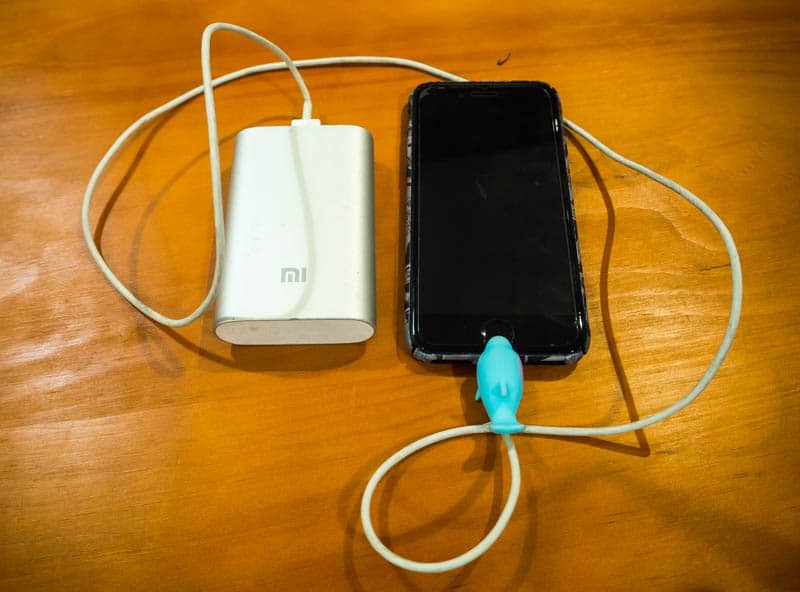 This next one is REALLY important. More powerful than any of the six Infinity Stones is the humble power bank. Over the long hours, your phone battery will drain freaking fast. Make sure to bring a power bank so you can play a few rounds of Rules of Survival while you wait for the next film.

At a Marvel event, you’re almost guaranteed to see throngs of hardcore fans. To put it plainly, only the biggest Marvel fans would be siao enough to do a 27-hour Marvel marathon. While most people chose comfort over style, a few worthy ones dressed up as their favourite Marvel superheroes.

Most of the costumes were pretty elaborate. I actually brought artificial vines so I could look like Groot, but the instant I saw the awesome capes, my vines withered away like my courage. At least I wasn’t as bad as the guy who came to this Marvel event wearing a Green Lantern jacket. Bro, do you have a death wish?

Naturally, Marvel fans fared well during the trivia quizzes held during the breaks. These die-hard fans even answered tough questions like the first comic appearance of the Avengers correctly. There was a heated debate over how Thor’s hammer, Mjolnir, is pronounced! (It’s mew-ner, by the way.)

Golden Village also had some activities for us to live out our superhero fantasies. Look how buff I got! Just kidding, there was a photo booth that managed to crop our faces onto the Marvel heroes. At least I got a new Instagram profile pic out of it.

Did Infinity War Live Up To Its Hype? (NO Spoilers)

When the Marvel logo appeared for the last time, I felt actual chills. After watching the nine prior screenings (or rather, most of it), our excitement was at an all-time high.

Avengers: Infinity War is a culmination of over ten years of movies, so there will be many references to previous movies. If you aren’t a Marvel fan, it’s high time you Googled some ‘crash course’ articles that give you all the exposition you need before you watch it. Unless you have a Time Stone to reverse the clock, a quick refresher will be useful for first-timers.

It was also quite unique watching Avengers: Infinity War alongside Singapore’s biggest Marvel fans. The audience was really dynamic, filling the cinema with constant gasps, oohhhhs, applause and dramatic silences. Even though I was exhausted from the previous 24 hours, it was impossible to fall asleep.

While I thought that it would be impossible to live up to its massive hype, it really was a true cinematic spectacle. There are some pretty dope high-octane action scenes that had the fans cheering and also scenes that hit me right in the feels. Don’t take my word for it, come watch and find out for yourself!

We survived! With bloodshot eyes, we left the cinema with a sense of accomplishment. Of course, the highlight was catching the highly-anticipated Avengers: Infinity War movie, which I thankfully stayed awake for.

I would definitely do a movie marathon again. With some training, I think I can do better next time around. In the meantime, grab your friends and catch the epic Avengers: Infinity War!

Avengers: Infinity War is out now in all cinemas from 25 April 2018.