Urban PlaySpace: Build Radio-Controlled Cars & Race Them On A Rooftop At Bugis

As I was scrolling through Facebook one day, I chanced upon this video with an aerial shot of a race track on the rooftop of a building.

Prime real estate aside, I was intrigued at what goes on at this rooftop right smack in the middle of Bugis. I headed down to find out more about this niche urban hobby. 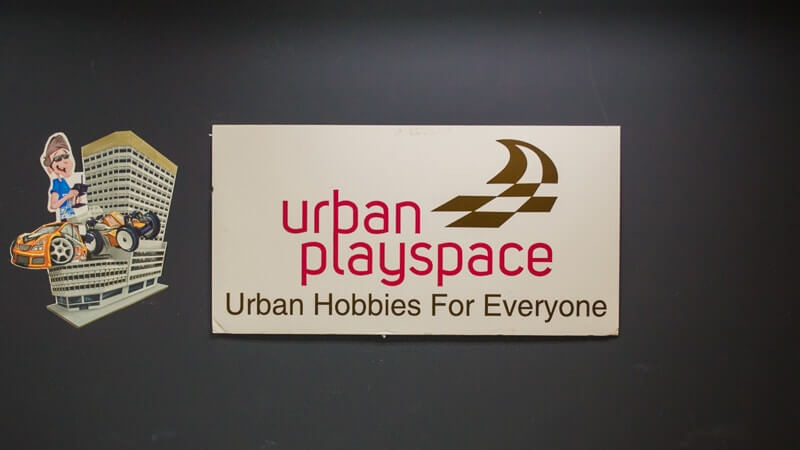 Urban PlaySpace is the premier home for all things Radio Control (RC) racing here in Singapore. 1-10 Electric Touring is the tier that has the largest player base in Singapore, with many other smaller tiers also sharing the same space.

Not only is it a place of gathering for motor-heads, it is also the home to some local champions who have toured the world in the name of RC racing.

We were introduced to one of them, Esmail, who I tasked to make me fall in love with the hobby like how he did.

Esmail fell in love with the hobby when he was introduced to it by his father. He said it’s the technical aspect that keeps him going; the chase for perfection and the chase to always be quicker than his last lap around the course. The hobby itself provides the same rush of adrenaline as with any other motorsport, sans the dangers of traditional racing.

You can also control all the technical aspects of racing — you are your own pit crew, racer and sponsor. I knew I had to get into things to fully understand the essence of it all.

Urban PlaySpace is a great place for beginners, and for only a small fee, you could rent a machine to test out on the track. It gives you a small glimpse into the world of RC racing and you may even get sucked into it for good. At Urban PlaySpace, two tracks grace the rooftop of Fortune Centre in Bugis. This astroturf boasts ramps and sharp turns that will provide a lot of action for the racers as well as those watching.

You’ll even be able to faintly see the MBS towers in the background as well!

In the shadow of NAFA, the other track is more familiar with tarmac that resembles a real race course with slick turns and speed bumps. The whole scale of the hobby finally dawned on me – it’s a pretty serious thing.

I had a go at racing these machines on the course and it clicked. The sweet sound of the engine, the intense concentration needed for each minute movement of the vehicle. The long straights that allow you to go full throttle, which bumps up your heart rate to a 100 beats per minute and the competitive spirit that coursed through my body.

Admittedly, it soon got a little repetitive but for those few rounds, I had a great rush of adrenaline that I’ve never felt before. I can only suggest you try it out for yourselves, it’s an addictive feeling.

Hobbies are a dying thing. I know many people who would rather choose to spend their free time nua-ing instead of actually filling up their time with something more substantial.

So, how about giving RC racing a chance? The work and time needed to put into the machines will keep you preoccupied for endless hours.