Fake It ‘Til You Make It: Can You Tell The Difference Between Real & Replica Sneakers?

Walk down Orchard Road and you’ll see guys and girls wearing the latest Yeezy sneaker, the rarest Adidas NMDs, or that Balenciaga sock-like shoe. These exclusive sneakers are infamously hard to get, not to mention expensive, and yet a large number of people have them.

So how do all these young adults afford that kind of stuff? Sometimes I wonder, “Are those shoes even authentic?”.

The counterfeits these days are ridiculously identical to the authentic ones too. It’s like trying to differentiate the iPhone 6 from iPhone 6S; they look identical, until you pick it up to use it.

To the untrained eye, fake sneakers can’t be discerned. As such, counterfeits are often bought as a budget option. Tomato tomato, am I right?

But how do the fakes stack up to the real ones in terms of comfort and durability? And most importantly, can you still look ‘fly’ wearing them?

Let’s take a look at one of the most popular Adidas sneakers to come out in recent years, the Adidas Ultra Boost. Shown above is my good ol’ trusty pair of Ultra Boosts, and it’s a legitimate pair costing $289 at the time of release. I’m testing it against a fake pair in a cool-grey colourway, which costs $130. Pretty pricey for a replica, isn’t it?

I’ve had the original pair for about a year, and as you can see, it’s still in great condition except for some dirt, which is inevitable. It’s extremely comfortable thanks to the Boost sole technology of Adidas, and I wear them so often that I forget I have 20 other pairs of shoes in my closet.

The Boost is spongy, responsive, and it really makes you feel like you’re walking on a field of cotton and clouds. The knit material (called Primeknit) of the entire upper of the shoe is so stretchy that it conforms to my feet. As such, the lacing on the shoe feels a little redundant because of how well it fits.

The only complaint I could possibly have is regarding the outsole. The bottom of the shoe doesn’t feel as durable as it should, so I never dared to go for a jog in them. But that’s all right; they look so good as a lifestyle shoe, I’ll probably never take them on a run.

Now onto the replica pair in grey. The moment I put them on my feet, I could instantly feel the difference. The Boost sole does not feel like a boost at all. It’s not terrible, and it’s not uncomfortable beyond hope; but it just doesn’t feel like the renowned Boost technology. It was way too stiff and hard.

The Primeknit upper of the fake feels and looks surprisingly good. There is still a certain stretchiness to it, and it hugged my foot decently — plus points for that! Also worth mentioning is that the laces on them seemed a little shorter than on the real pair.

In terms of durability, the replica seems to be holding up pretty well despite my initial doubt. There are no signs of it falling apart even after months of everyday wear, though the Primeknit feels a little thinner so it might tear more easily. But you know what? Since it’s a fake, you wouldn’t feel too bad if you wore them out for a run and tarnish it in the process.

Now we move on to an equally popular sneaker by Nike, the Flyknit Racer.

Once again, shown above is an authentic pair that I own. The price tag is a not-so-wallet-friendly $280. I paid a mark-up price for it because it was sold out and I had to get it from a reseller. Oh well… I just had to.

I’ll be comparing it to a $110 replica with a similar colourway, shown above.

I’ve had the original pair for more than a year now, and I have to say that I’m very satisfied with my purchase. The shoe is super lightweight, and the moment you put them on, it softly wraps around your feet. Absolutely no break-in time needed; the fit is extremely precise.

The entire shoe is knitted with Nike’s Flyknit technology, and although it’s a little rougher and less flexible than Adidas’ Primeknit, it’s still terrific in terms of providing comfort to the wearer. Flyknit is rough and tough; I feel more reassured of its durability in the long run, figuratively and literally speaking.

The cushioning is responsive, so you won’t feel too much impact if you ever do run in these (which is actually what they were made for). Nothing too fancy or game-changing in this department, though.

As for the pair of counterfeits, the quality is actually very decent. I couldn’t tell that it was a fake at all. I may not be the best at discerning sneakers, but trust me, this fake looks too real.

The materials are pretty on point as far as how it looks and feels. To be honest, the Flyknit actually feels the same compared to the original pair. However, it does have this sort of greasy-like texture on the surface. You can’t see it, but you’ll feel it if you run your fingers through.

Trying them on brought about a little issue, however; the opening of the shoe felt narrower, making it tougher to slide my foot in. Once my foot was in, it felt a little too tight for comfort. Wrong size? Hardly. This was puzzling because it was in the same size as the authentic pair that I own, and that one fit very well. The cushioning was… non-existent. It had no bounce to it at all, and I can’t imagine anybody going for a long-distance run in these. You’ll return with all sorts of injuries if you took them out for a marathon.

With all that I’ve said, I think it’s time to make a decision; a decision on whether counterfeits are a wise purchase.

I’m going to say… no. I still don’t believe in replicas.

Yes, I know that the aesthetics are very comparable to the authentic pairs, but there’s just something amiss about the fakes. The comfort of replicas pales in comparison to the real ones.

If you just want a shoe that looks good and you’re not too picky about the quality, then sure, a replica might be a good option. It’s unlikely that someone can tell that it’s a fake when you’re wearing it on your feet.

Personally, I would pay a little more money to get the real deal instead. It just feels right, you know? 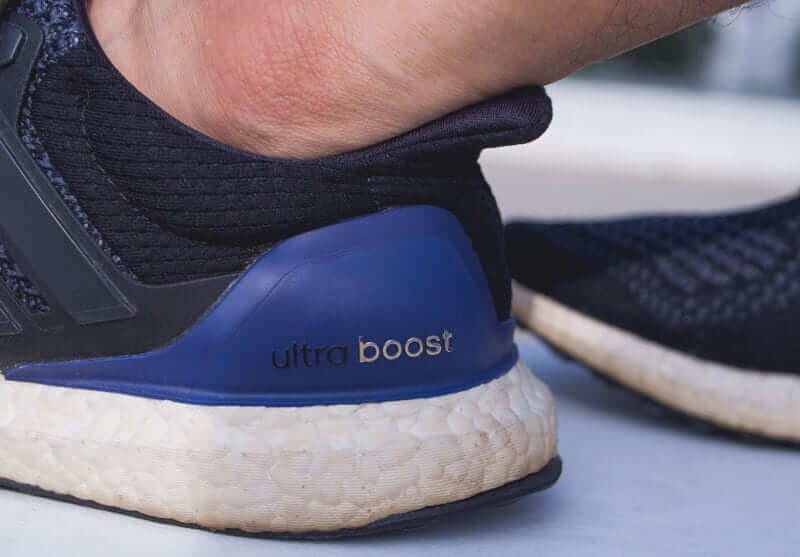 Here’s a little note if you are looking to spot the real from the fakes. Adidas’ Boost sole has a very spongy feel to it. Press down and squeeze hard at the sole to try and see if you get that springy feel. The fake ones are usually firmer to the touch.

Another tip is to look at the shoebox. Sometimes, the fonts on the box may seem a little off and not aligned, or the colour of the box may be a little weird. That can be a sign of replicas. You can check out sneaker unboxing videos on YouTube to get a view of how a real shoebox would look like.

At the end of the day, just buy what you feel like. For real, ain’t nobody got time to care about what other people think. I know we want to imitate that A$AP Rocky outfit, but just be sure not to starve or break the bank. Priorities, man.

Get the latest updates by following us on Twitter @hypeandstuff & Facebook Have an interesting story to share? Email us at [email protected]
Share. Facebook Twitter Pinterest LinkedIn Tumblr Email
Previous ArticleBruno Mars Brings His 24K Magic To Singapore On 6 May 2018… And We Know When Tix Will Be Out
Next Article This Is Gonna Be Lit: The Singapore Writers Festival Returns From 3 To 12 November